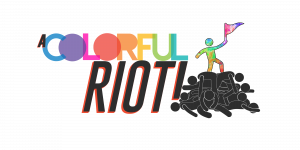 Since the past couple of days, the Government had been sending troops to Jammu and Kashmir, abruptly ending the Amarnath Yatra and many other actions that had set a political storm. Late night, many Kashmiri leaders including Mehbuba Mufti and Omar Abdulllah were put under house arrest and internet services were curtailed.

Not only that, a curfew under Section 144 was also imposed prohibiting more than 4 persons assembling in public areas.

In background of all this, Amit Shah addressed the upper house of the Parliament, Rajya Sabha, at 11 AM IST today announcing the government’s proposal to repeal Article 370 of the Indian Constitution today.

Article 370 gives special status to the state of Jammu and Kashmir. By virtue of this Article, many laws do not apply to the contentious state making it impossible for Indian citizens from other states to buy property there.

The area of Ladakh will be separated from the rest of the state.

Down the Nostalgic Road with Beautiful Childhood Memories

Social Media Accountability: Compelling Reason To Think Before You Share

Migrant Workers in India & Their Incessant Plight in Lockdown

A Colorful Riot! is your one stop for all your reading needs. From news to fashion to literature, music, movies, relationships, technology and more- we have got you covered!
Contact us: acolorfulriot@gmail.com
Also featured on:

Top Designer Lehengas That Are Highly Stylish And In Trend This...

Here are the best style tips on Indo-western fashion that will...